MBDAK 3 is one of my software projects that I wrote in the years 2007 and 2008. It is a 3D engine designed for flight simulator games written in Delphi 7. In this project, I focussed on creating an engine of highest compatibility and flexiblity. It was the first time I came in contact with dynamic linked libraries which I have used to create a flexible interface to the 3D and the sound API. Both the graphical and the audio subsystem are encapsulated in separate DLL files. Different implementations of these DLLs allow the use of different graphic libraries. Implementations were done for the Direct3D 8 and OpenGL API, thus it is possible to change the 3D output API by just exchanging the DLLs. This is no problem as both provide the same interface. The sound subsystem uses the FMOD audio library, which is also stored in an encapsulated dynamic library file.

The levels are stored in text files. Each level iteself consists of a set of building blocks, the so called level entities (i.e. scyscrapers, cranes, streets and other level elements). Each entity provides a file containing the 3D data for rendering and a collision model file, which is mostly a simplified version of the 3D data and several attributes (destroyable, material properties, additional data for light and particle effects). Each entity can then be placed multiple times at any position in the 3D scene. Other data which is being configured in the level file is the type of aircraft the player is flying, its weapon arsenal and other important attributes (starting position, position light data, etc). This was done to provide a maximum of flexibility in the level design.

Another important goal during the development of this engine was to make the simulation as realistically as possible and to become familiar with the latest rendering technologies at that time. The engine therefore uses MipMapping texture filters, fog and dynamic lighting and, most importantly, is able to perform dynamic real-time shadow calculation with the help of the stencil buffer using the Carmack’s Reverse method. However, interesting things such as bump mapping or shaders were not been used. The reason for this was first, because compatibility with non-T&L-capable video cards (I am a huge fan of old 3dfx video cards and the game was developed on a Voodoo5) was desired and second, because of the lack of time. I still had to go to school at this time.

I would like to thank Mr. Plöchinger, also known as DungeonKeeper1 in the german VoodooAlert board, for providing the MBDAK 3 soundtrack! The 3D models were partially created by myself using Milkshape 3D, while some others were extracted from older computer games. For this reason, I unfortunately cannot publish this game.

Abilities of the 3D Engine

Shown below are several screenshots of the current development stage. Unfortunately, I cancelled the project after two years of development due to other priorities (studying). Besides that, creating 3D simulations using Delphi was not the smartest choice and the quality of the source code was miserable as only structures and no classes were used.

MBDAK 3 menu. Graphics were done with Adobe Fireworks. The little preview window in the top left corner is inspired by Nintendo’s Starwing. It contains a little starfield simulator.

You can download the documentation of the project “MBDAK 3” under the following link:

If you have any questions please contact me under “Imprint”. 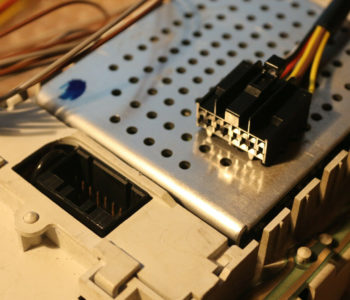